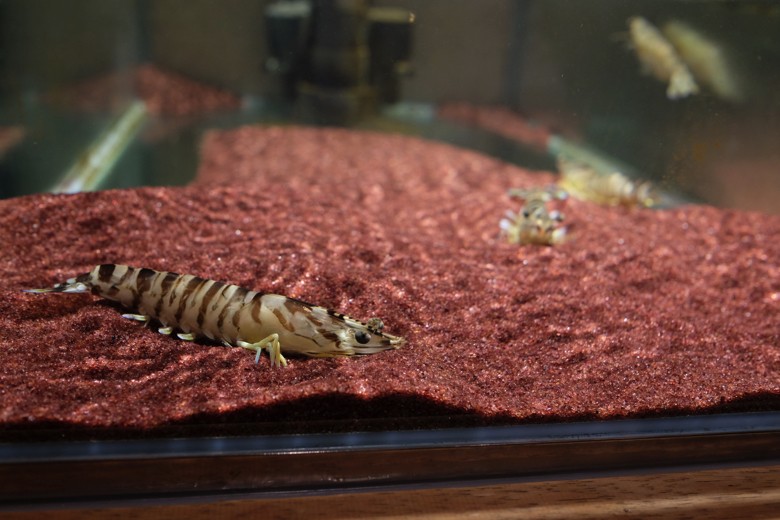 Tamaya is a Japanese Tiger Prawn restaurant, operated by the prawn farm in Ginoza.

Japanese Tiger Prawn is a close relative of black tiger.  Very firm and crunchy in texture and very sweet in flavor because it’s richer in Umami components than other shrimps.  It’s a very sensitive and fragile species.  They are so hard to raise that the Japanese farmers are still proud of their privilege of its production in hard competition with other cheaper foreign shrimps from foreign countries. 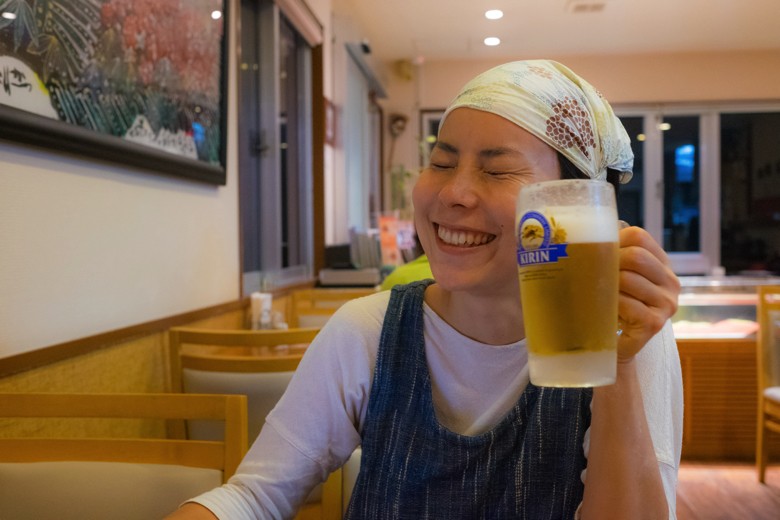 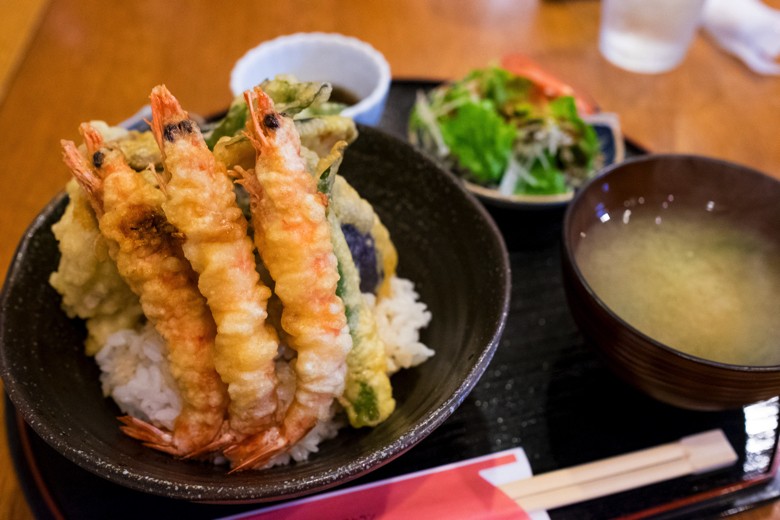 They rapid-freeze the prawns in a -40C degree freezer, straight out of the pond. So it’s very very fresh. 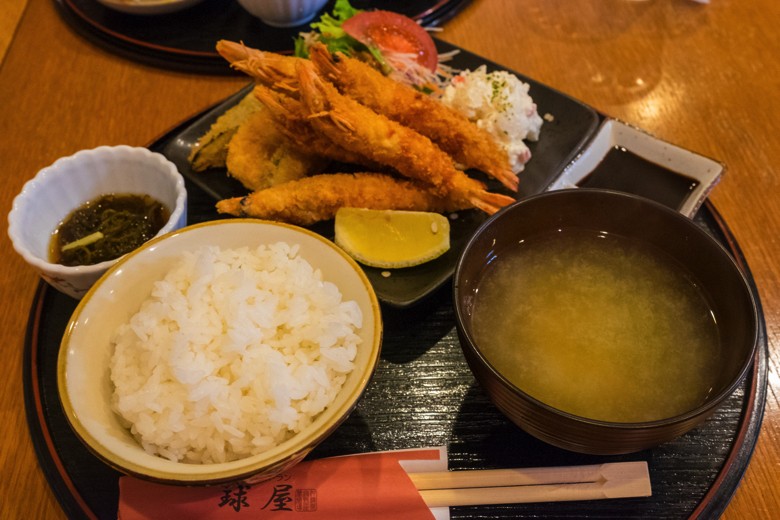 I had breaded fried shrimps. 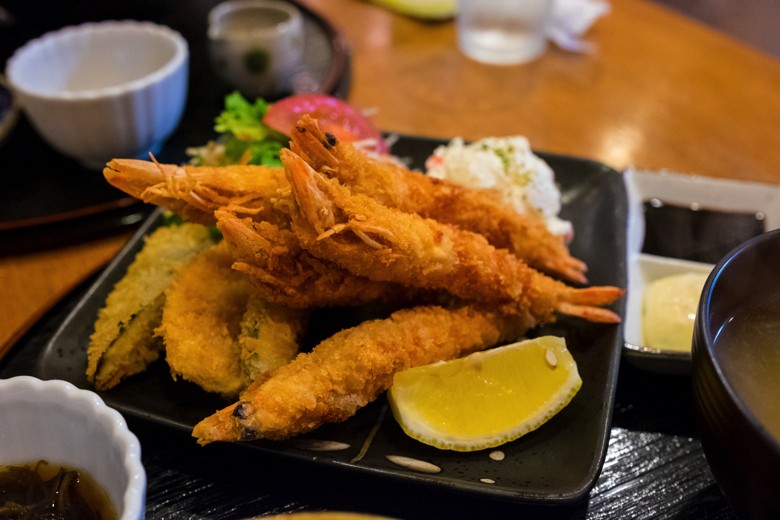 The head-on shrimps.  The hard shells have been removed, you can just crunch into the head.  The tasty flavor from the liver will dominate your mouth.

They have menus with live prawns too. 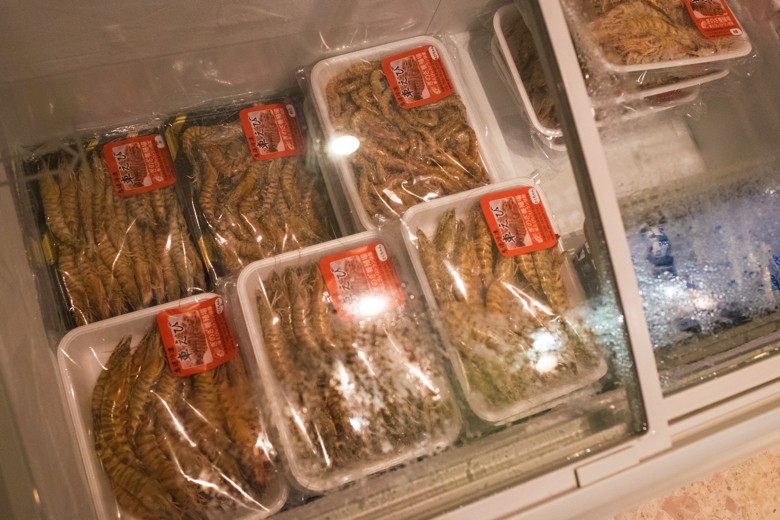 Frozen prawns and live prawns are for sale, too.